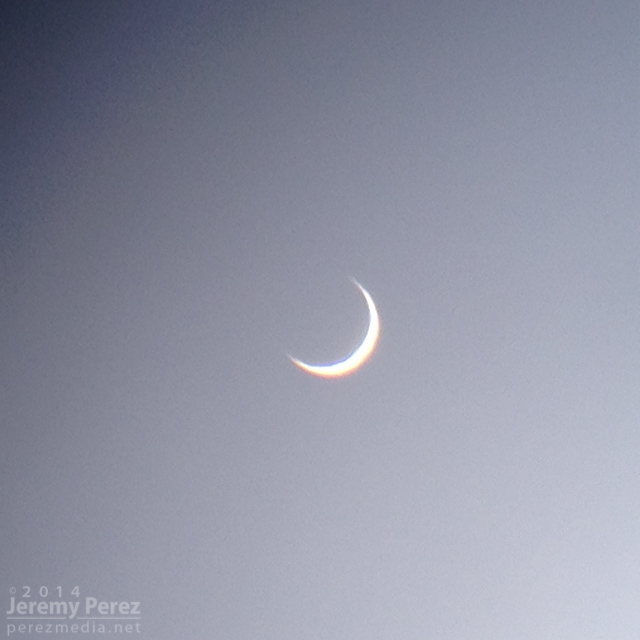 After some amazing solar views, we were treated to the beautiful sight of two slender crescents. Brilliant Venus was an astonishingly large but slender arc of brilliant white descending into the treetops. The Moon was much higher, but captivating with its rugged craters and maria captured in stark relief on a much larger crescent. 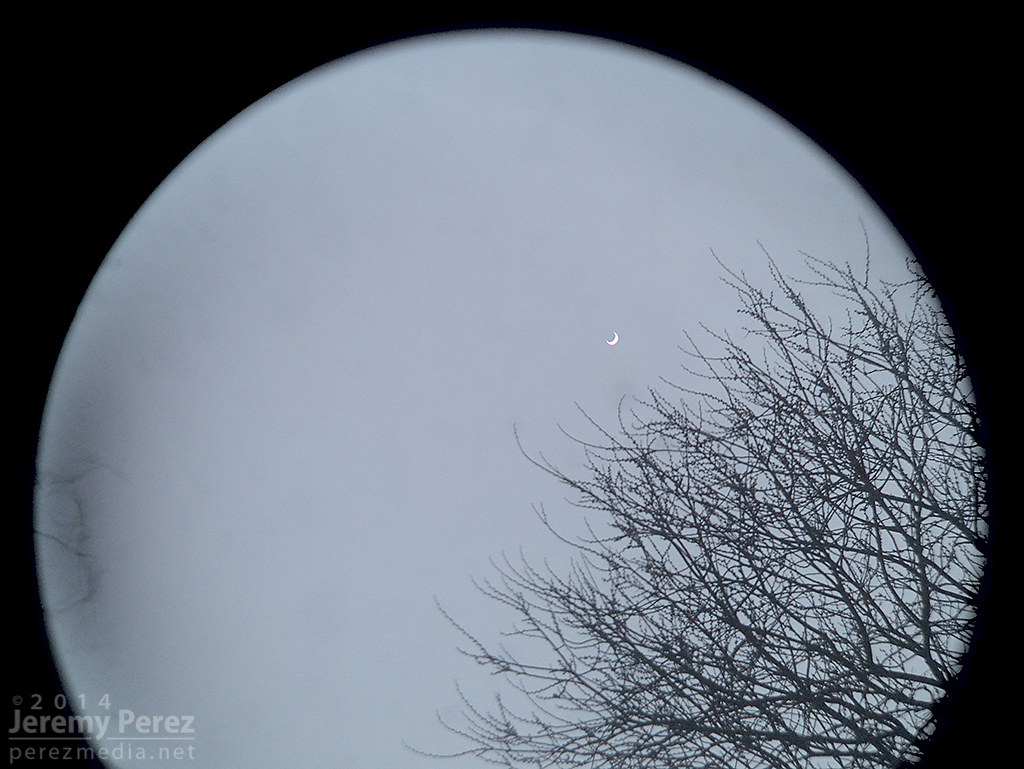 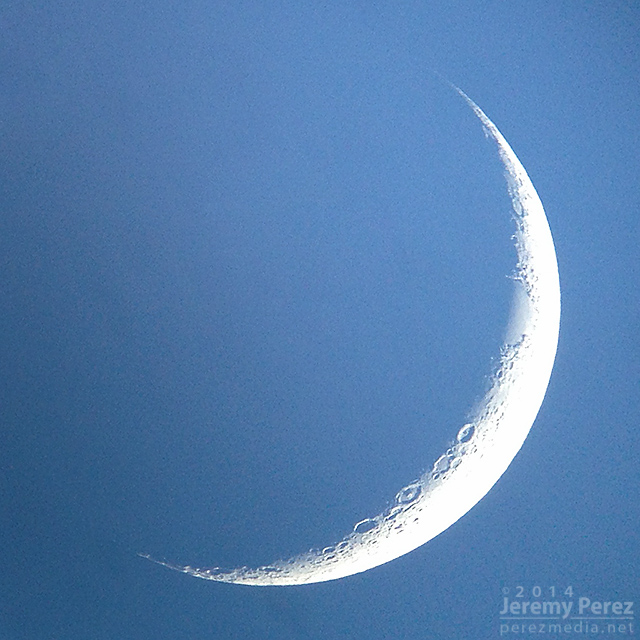