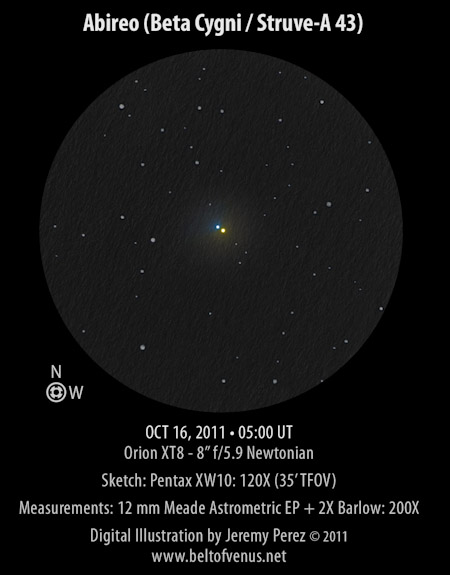 Albireo gets its startling beauty not only from its striking color contrast, but also from the rich star field that surrounds it. I wanted to make an updated sketch that shows that field at lower power. This shows the double in a 35 arc minute wide 120X field. I also took a few minutes to measure separation and PA, recorded below. 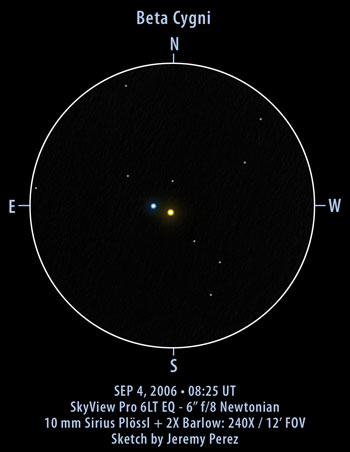 After viewing several subtly or elusively colored doubles, this pair was like dynamite! The purest yellow primary with a deep blue secondary snuggled amid a number of fainter stars that sprinkled the high power view. It looks even better at low power with a greater number of field stars and those saturated colors nestled even closer to each other.