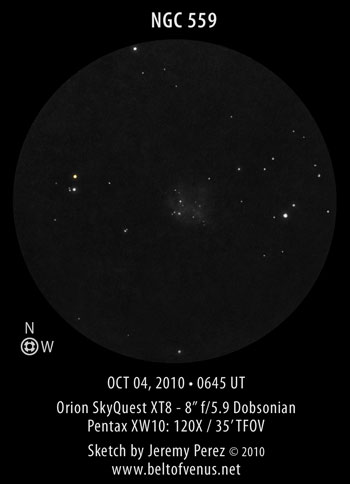 This grainy, irregular open cluster lies at the head of a chain of splattered stars at low power. At 120X, it is bracketed by two bright, wide doubles. Three brighter stars mark its southeast corner as a triangle. I plotted 13 stars within, but others were flickering into grasp as I continued to observe. It did not appear condensed, was pretty rough around the edges, appeared elongated northeast to southwest, and was about 6 x 5 arcminutes in diameter. 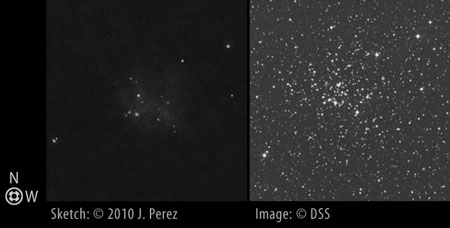