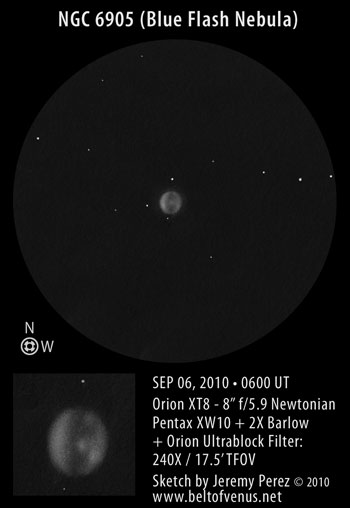 NGC 6905 is bracketed by 3 11th and 12th magnitude stars and at low power simply seems to be a patch of unresolved starlight. Higher power drew it out, and it displayed a mild north-south elongation. Despite the common name, I was unable to see color in it at any magnification. The nebula was brighter across its eastern side and possessed a lumpy texture on the west side. These lumps appeared north-northwest of center, west-southwest of center, and toward the center itself. I did not observe a central star. It responded well to the Ultrablock filter which helped isolate it and increase contrast within its uneven disc. 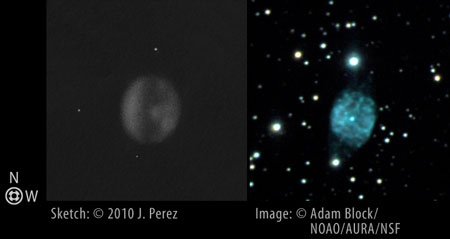