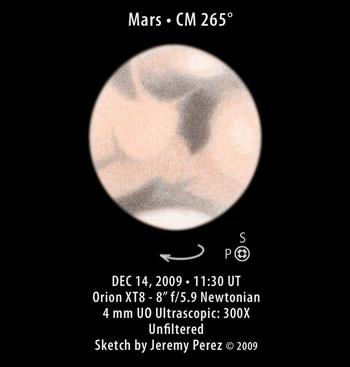 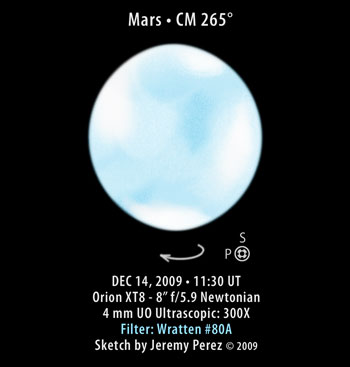 It has been a long time since my last Mars observation (DEC 21, 2005). At 11 arc seconds under soft seeing, details took some time to discern. The north polar cap was large and prominent and Syrtis Major was well placed on the following hemisphere. Hellas was bright, as was Arabia. I didn’t detect any limb haze in the unfiltered view. The Wratten #80A did show some brighter spots as noted in the sketch above. I’m looking forward to some more good views of Mars as it approaches a maximum size of 14 arc seconds later in January.