Three things are happening before sunrise January 31 in the western US: A Blue Moon—Super Moon—Lunar Eclipse. 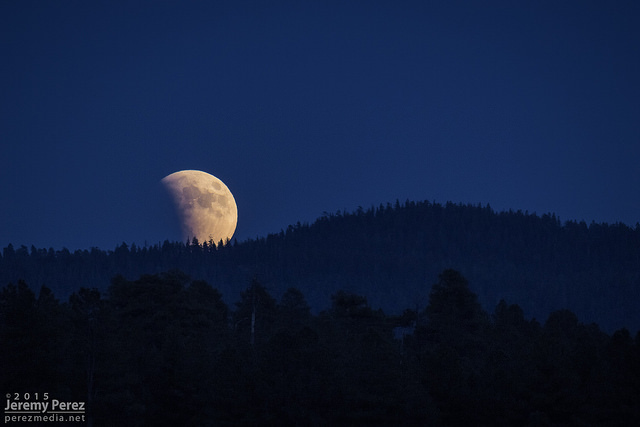 So how zesty is that lineup really?

The Blue Moon part: Yeah whatever. But for anyone coordinating with mass media, it’s probably a decent hype booster.

The Super Moon: There’s a slight visual kick due to this, and some resolution help in camera. This supermoon will appear 33.3 arc minutes wide at maximum eclipse. That compares to 31.2 arc minutes on average (or 29.4 arc minutes for a worst case perigee-moon).

What does that extra couple arc minutes get you? If you’re shooting 300mm on a crop sensor at 18Mp like me, that’s a gain of 42 extra pixels in diameter over your average moon (from 623px to 655px). So yeah, I’ll take it, especially for a dark, fully eclipsed moon that’s playing subtle with details. If you’re shooting 300mm on a full frame 30Mp sensor, you’re getting more like an extra 33 pixels of moon width (499px to 532px). 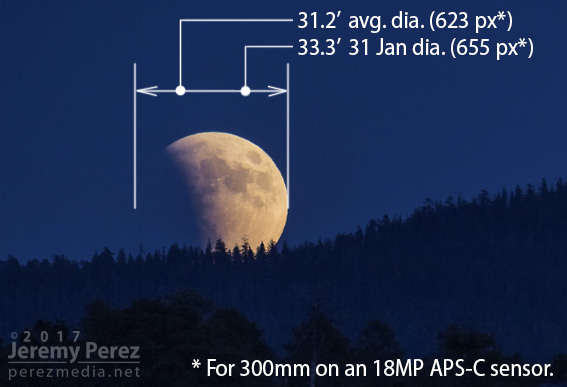 But the Lunar Eclipse part: This is a pretty deep umbral eclipse with a lot of time in full eclipse—1 hour 16 minutes: From 5:52-7:08AM Arizona time.

During peak eclipse, it will be about 4 degrees away from the Beehive Cluster, M44. I think that will be visually stunning through binoculars—an awesome astro sketch opportunity—and hopefully good photographically if you back out from tight zoom and give them some room. If you’re at a dark Arizona site, you’ll have a few minutes after start of full eclipse to view/shoot that combo under fully dark skies before astronomical twilight begins a few minutes after 6AM. Twilight won’t start washing the sparkle out of the cluster for another 15-20 minutes after that I’d guess.

For Arizona viewers, full umbral eclipse ends at 7:08AM. From Flagstaff, the moon will begin to set at 7:23AM if you have some altitude and a perfect horizon. At that point, the moon will still be about two-thirds covered by the umbra. So it could dish out a cool profile as it sets through trees, hills or whatever, with the (gasp) curved profile of the earth still blanketing it.

Clear morning skies are the question at this point. 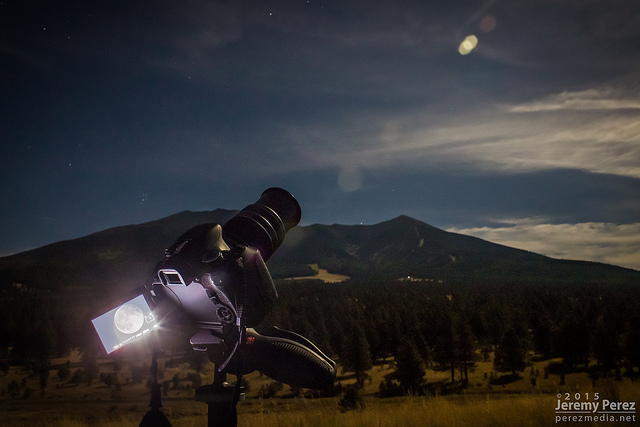