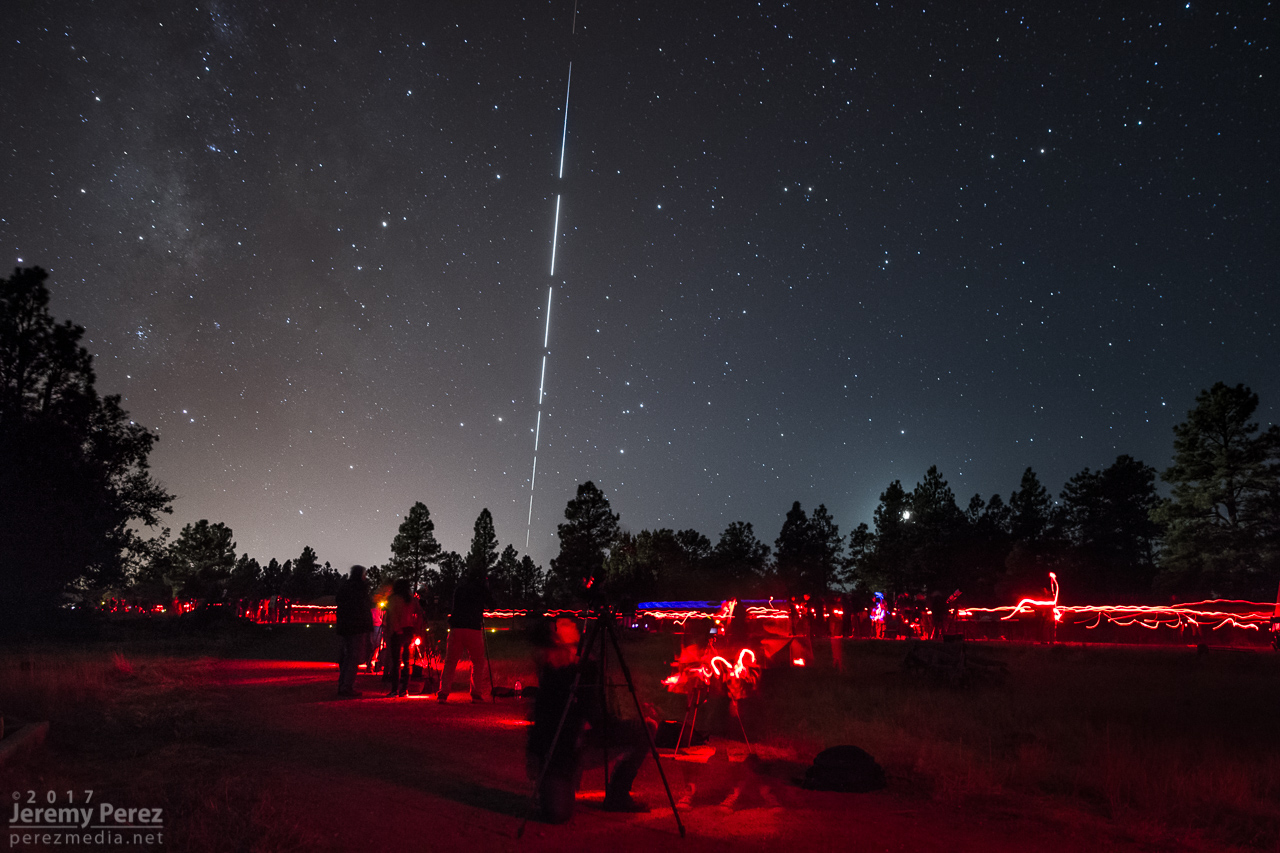 Last weekend, 23 September 2017, was the last night of the 2017 Flagstaff Star Party. This is the fourth year the star party was hosted in the middle of town at Buffalo Park. This image was shot while I was assisting at a Night Sky Photography Workshop led by

Images were shot as part of a 270-image time lapse. Each exposure was 20 seconds in length with a 4 second gap between exposures. I selected nine sequential images where the space station was making it’s appearance. I stacked these images in Photoshop and masked the the ISS streaks to a single star field. I selected and masked in the best foreground of the nine images to complete the image.

The time lapse shows how busy things were at the star party as the Milky Way tilted overhead.