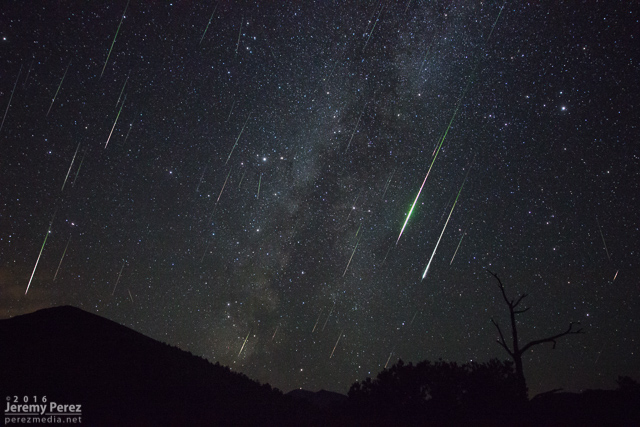 After years of trying, I finally had a lens capable of f/2 and a fireball that wound up centered in the frame. It left a bright train that visually lasted over 30 seconds, followed by an orange train that was picked up by the time lapse camera from 0940 to at least 1025Z …so 45 minutes for sure. 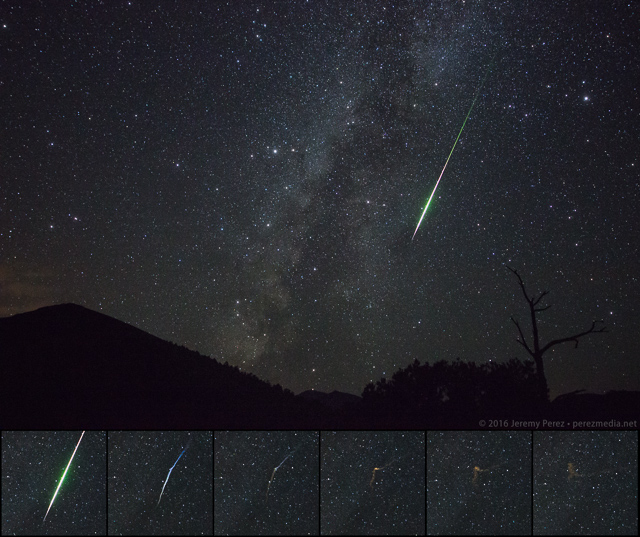 Featured on Astronomy Picture of the Day – 19 August 2016