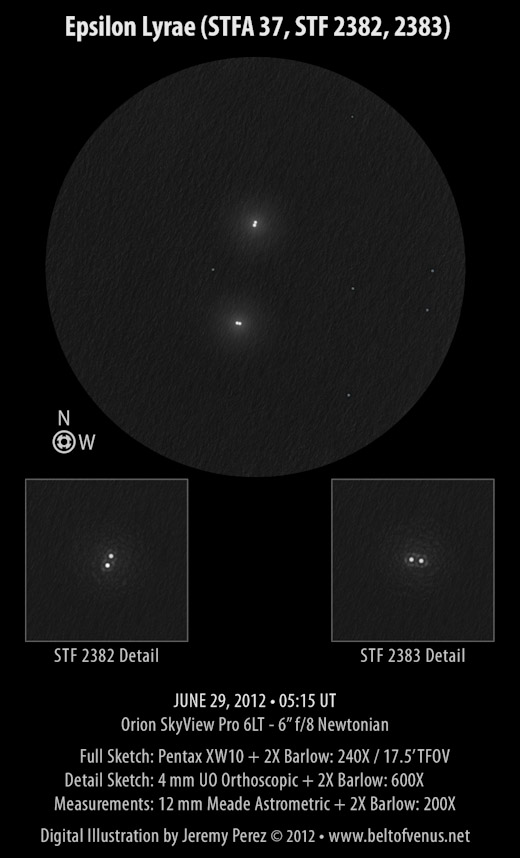 The 2006 sketch has gotten a lot of mileage and I really needed to re-observe, redraw and measure the double double. I had some confusion when comparing my measurements with the WDS later. I measured 172 degrees PA for AB-CD. However, the WDS listed 182 degrees for 2010 and besides my notes, I clearly remembered the PA being clockwise from south.

I checked in with Brian Skiff to see if he thought I was completely missing something, and since he keeps good contact with Brian Mason and others at the USNO. He contacted them and they provided a full table of WDS measurements for all components in the system going back to 1777.

The two most recent PA entries in 2010 have a notation next to them showing that something odd was flagged. Prior to that, for the past century, the measurements were mostly consistent to 172 degrees. I used the WDS data to plot a basic line chart showing PA and separating measurements for AB-CD from 1830 to present. It’s interesting to see both measurements start to show increasing variation starting in the 1940s, with PA showing the most noticeable deviation. 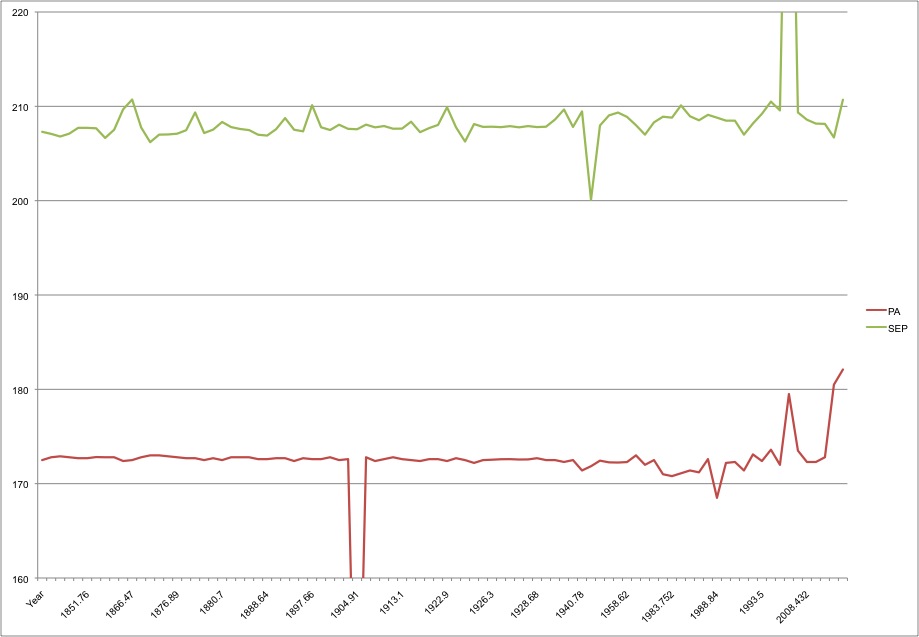 Chart showing Separation and PA measurements of epsilon Lyrae AB-CD from 1830 to 2011. 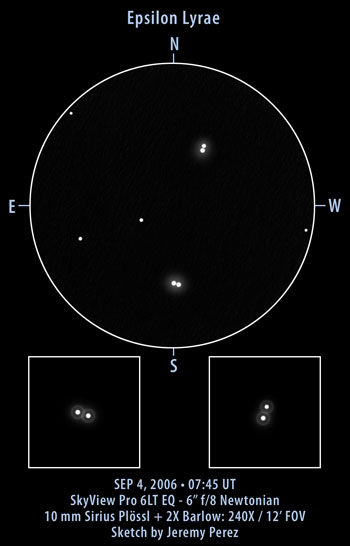 This pair of pairs is such a wild sight. I didn’t notice any color. Using just my stargazing glasses, I am able to split the main pair which have a separation of 209 arc seconds.