The annular eclipse that skidded out of Asia, across the Pacific and into the Western US put on a great show Sunday afternoon. We drove up to Monument Valley and set up on the side of the dirt road that runs through the monument. Eclipse watchers were everywhere, viewing with a full gamut of solar scopes. 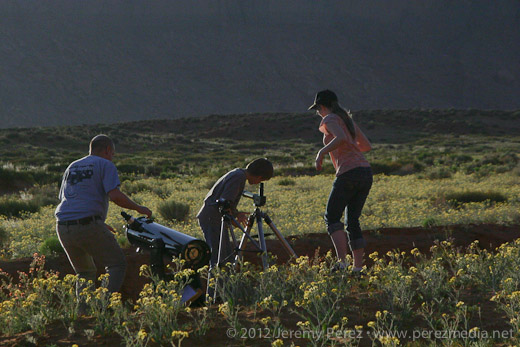 Setting up scopes to view the eclipse: me, Harrison, Giselle–looks like too much crouching & my pants are falling down.

I managed one basic white-light sketch showing AR1486 just before it was covered by the moon and several faculae along the solar limb. Everything happened so quickly, I didn’t go further than that.

Harrison, Amanda and Giselle view the eclipse with the glasses, H-Alpha PST, and white-light-filtered XT8.

As the eclipse approached maximum, the light on the landscape and surrounding cliff faces took on a tenuous quality while the view through the telescopes and eclipse glasses went from fascinating to amazing. 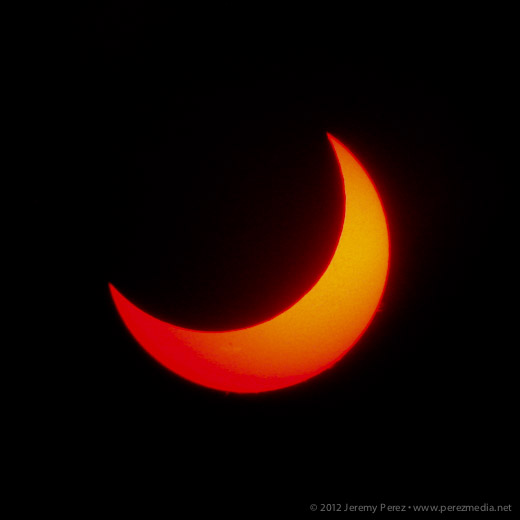 Lunar ingress through the PST. 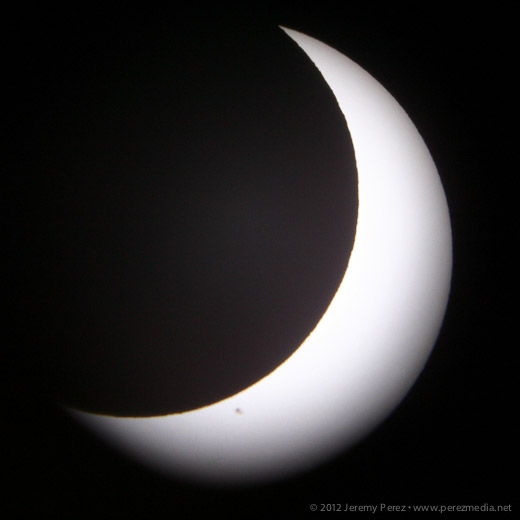 As the moon approached second contact, the view through the H-Alpha scope showed detached prominences shimmering over the curve of the Moon’s limb with an almost liquid, iridescent quality. The four precious minutes of anularity were incredible. The view through eclipse glasses was especially unreal with the razor-thin rim of brilliant white painting a stark, luminous logo on the sky. We shot a few hand-held photos through the telescope eyepieces that obviously don’t do justice to the live view.

PST view of the eclipse just after second contact in H-Alpha. 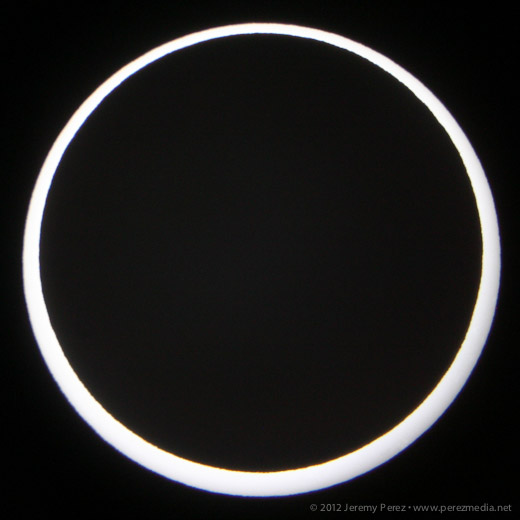 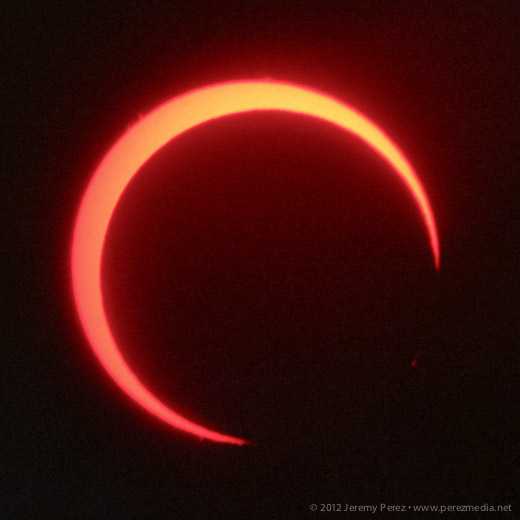 Prominences bead up over the lunar limb just after third contact in H-Alpha.

As the moon slid back off of the sun, we packed up the scopes, drove to a location with a lower horizon, and watched as the shark-fin sun slid behind a distant bluff, gradually morphing into a tiny garden gnome hat and then gone.

We finished our visit by touring the rest of the monument and taking a few photos before the light dwindled and we made our way back to Flagstaff. 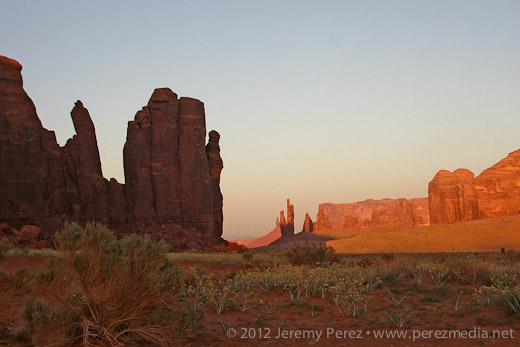 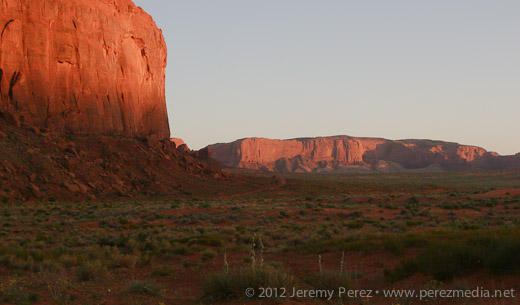 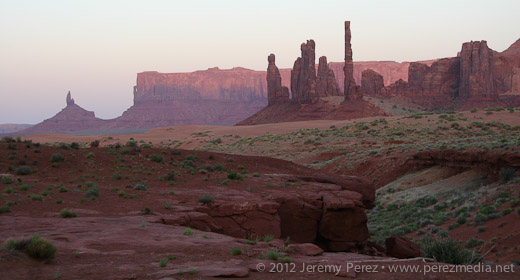