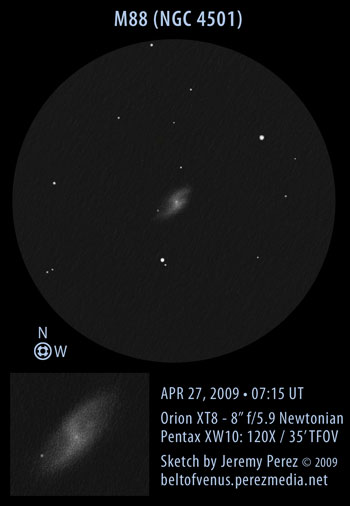 During the first few minutes of my observation, M88 appeared to be simply an elongated galaxy with a strongly condensed core aligned at about 135 degrees. After much time glued to the eyepiece, the northwest and southern edges took a slightly brighter appearance. A short north-south axis appeared between these brighter regions, suggesting a clockwise spiral form. A star marked the southeastern tip and a bold double star anchored the view about 6 arc minutes to the south. 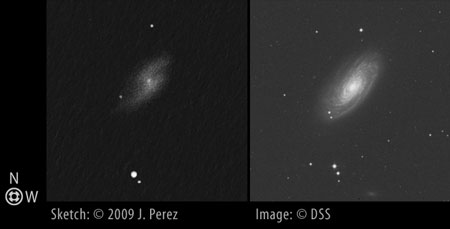