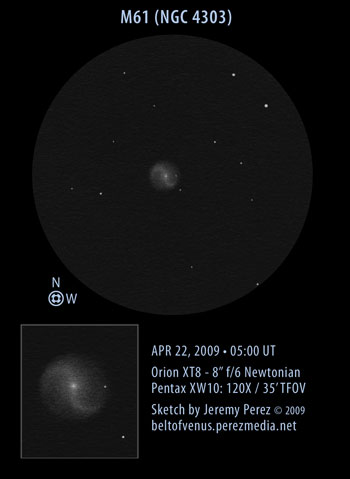 I wasn’t sure the Swelling Spiral would cooperate, but it gained enough altitude and structure started to materialize. It appeared circular with a suddenly stellar core at first glance. Next to appear was a north-south patch across the center. The north side of this bar was brightest and arced subtly to the east for about 90 degrees. The south side gradually revealed a less sharp jog to the west for about 45 degrees. I added the 2X barlow for a magnification of 240X, and was able to see a couple stars nearby. One at PA 260° appeared right at the visible edge of the galaxy’s halo. 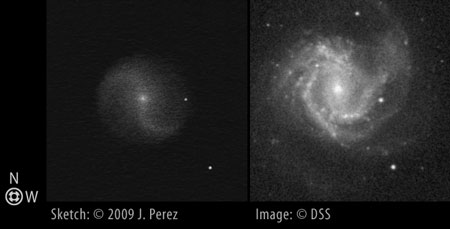