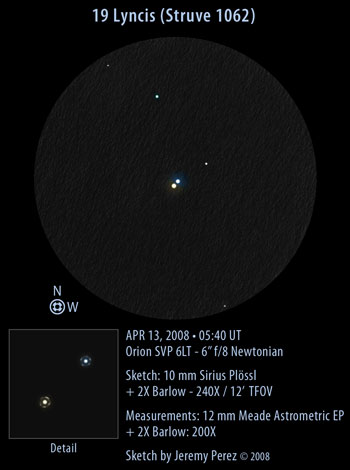 The two main stars in this attractive multiple provided me with another unusual color contrast. The primary appeared yellow next to a rich blue secondary. Both stars are B class, so the appearance of the primary is illusory. I made measurements for the A, B and D components, but left the fainter C component out (2 o’clock position from center). It’s position in the sketch however, matches up well with catalogued measurements. The D component (11:45 position from center) appeared to have a cyan hue.