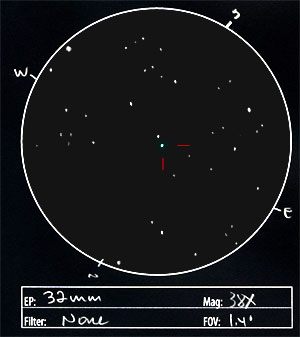 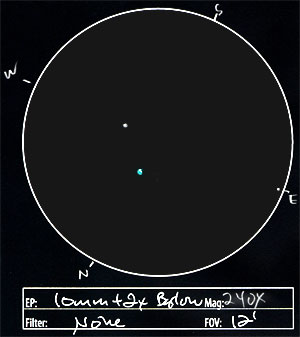 I finally got a confirmed sighting of Neptune. The match to the finder chart I printed, and the blue-green color were the signals I needed. While the color was strongly blueish, I detected green, which doesn’t correspond with the deep blue color of the planet, and I attribute this to a poor ability to judge various blueish colors. At 240X, it didn’t exhibit any dimension, and simply appeared as a sturdy dot. It was about 2′ NE of a star (SAO 164285). That star provided good contrast to show I was looking at a blueish (blue-greenish 🙂 object. There’s not much else to say really, other than I have now seen every planet except Pluto!