Venus and Mercury have been sharing space in the evening sky recently. This shot was taken along Route 66, east of Flagstaff. 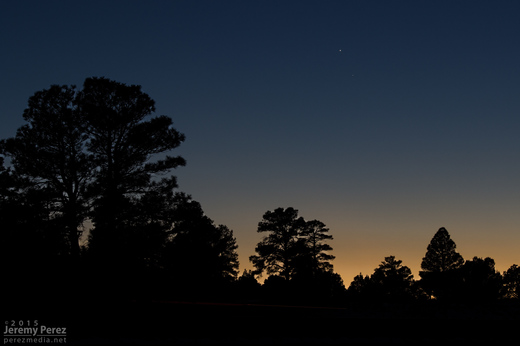 I haven’t made a trip to a dark sky location to observe, sketch and photograph the latest Lovejoy comet yet. But I did take a look with binoculars and grab some photos from my front yard tonight.

I took a few tripod shots in the general direction first and was impressed by how bright the comet appeared even with short exposures. The following image was shot at ISO 3200, 10 seconds, f/4.0, 55 mm. 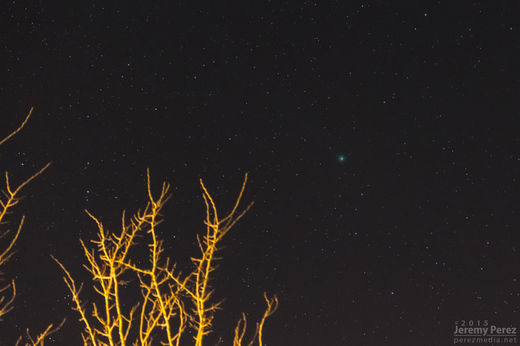 Since that worked so nicely, I brought out the SkyView Pro equatorial mount, did a rough polar alignment and started shooting some longer 30 second exposures zoomed in to 250 mm. This shot is a stack of 10 30-second exposures at f/5.6. I used median combine to separate comet from stars and recombine so the stars and comet were as sharp as possible. Too bad I didn’t shoot any flat fields to get rid of the uneven background. But you can see a disruption in the ion tail toward the center of the frame. 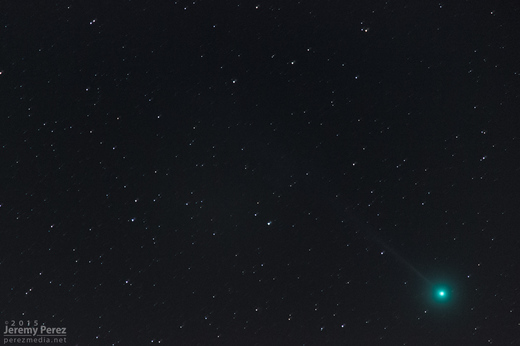 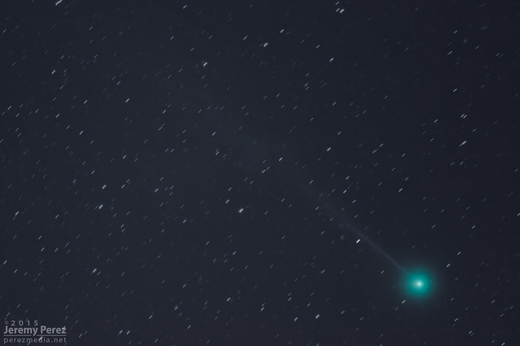 Through binoculars, the blue-green color was visible and about 2 degrees of the ion tail. It would be much better from a dark site, but still very impressive from here. With my stargazing glasses on, it was visible without magnification.

As long as my first astro run with the 250 mm lens was doing ok, I gave M42 a 30-second exposure. This lens might be fun for some more wide field work. 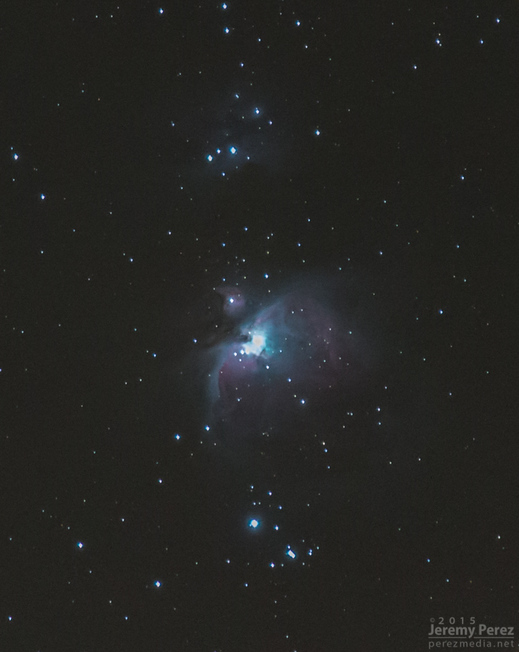