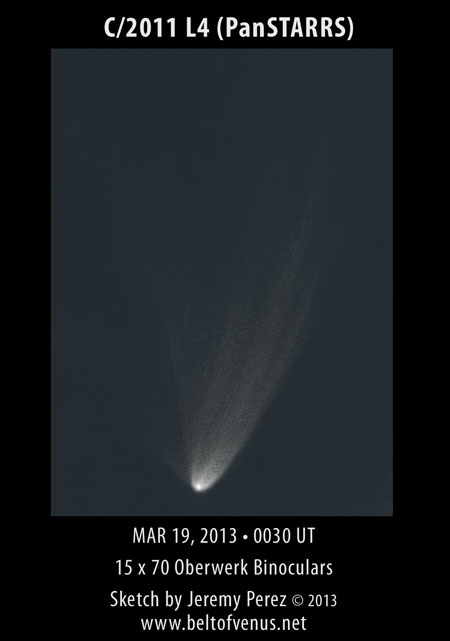 While visiting family in Elk City, Oklahoma, we had a mostly clear evening and I brought a tripod out into a field to have a look at the comet. About a dozen alpaca followed me out and decided it was a good time to graze nearby.

Despite Elk City having lower altitude than Flagstaff and more moisture in the air, the comet was in great form and showing off lots of structure in its tail. I noted three brighter plumes in the main curving section of the tail. There was also a faint straighter edge along the north edge. Along the southern edge, a fainter curving edge peeled away at a broad angle, and then further down, another short, straight segment emanated from the coma. It stretched about 1.5 degrees across the width of the binocular field. What a beauty!