The comet was looking better tonight and I was able to view it naked eye as a soft ‘star’ in the twilight. Besides binoculars, I also brought the 8-inch Dob to a school parking lot on McMillan Mesa. The view was most pleasing through binoculars, but some of the delicate structure was more apparent through the scope. I tried to capture the essentials in the sketch above. It’s always awesome watching a comet sink behind the treeline.

I shot and stacked a few photos with my Canon 300D, but since my lens only zooms to 105 mm, the comet was pretty shrimpy in the images. I snagged a few more photos through the binoculars and telecope with the iPhone camera. That gave larger scale, but the images are pretty noisy. 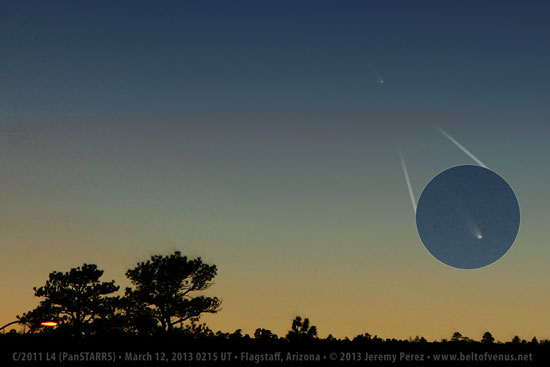 C/2011 L4 (PanSTARRS) emerges from the twilight over Mars Hill. 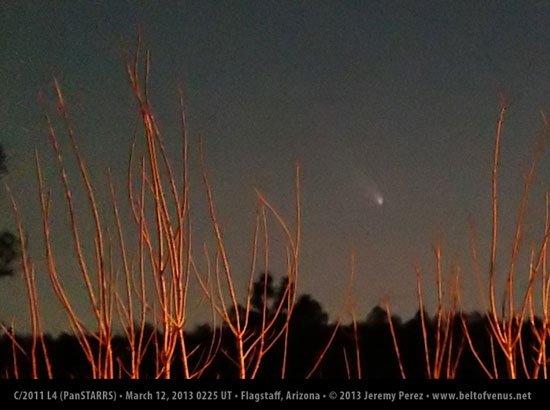 iPhone photo through binoculars of C/2011 L4 (PanSTARRS) as it sets over Mars Hill.