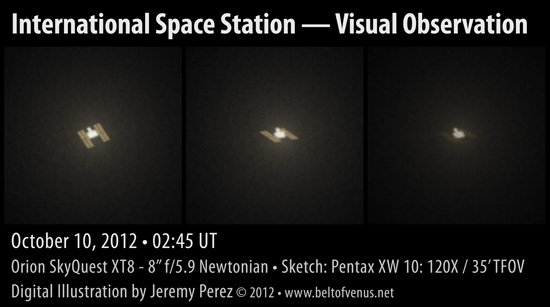 With the SpaceX Dragon supply vehicle a few hours away from docking with the ISS, I thought I’d have a look tonight. No luck spotting the Dragon, but it did give me a chance to follow the ISS at the telescope. At the shallower angle, I didn’t notice as much detail in the solar panels as the last observation, but the structure of the central modules did get some added dimension from the radiators.

This link will take you to the previous observation and sketch series from late August: ISS – August 28/29, 2012