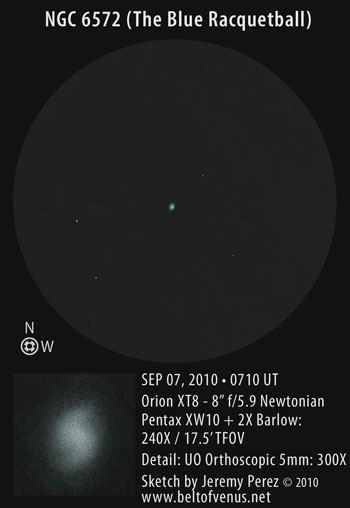 NGC 6572 is a bright and colorful planetary nebula. At low power, it was nearly stellar, and strong blue-green in color. At 240X, it was slightly elongated at a PA of about 165 degrees (NNW-SSE). Although the Ultrablock filter increased contrast a bit, the nebula’s brightness made it unnecessary. I couldn’t detect the central star, even at 600X. The seeing could have been better (as usual), but during better moments, an uneven form emerged. I switched back and forth between the Pentax XW10 + 2X Barlow (240X) and 4 mm Orthoscopic (300X) to examine it further. The elongated core gave way to a rhomboid shape which gradually revealed the impression of fat swirls at the nebula’s north and south ends. The drawing below diagrams how the structure progressively unfolded. 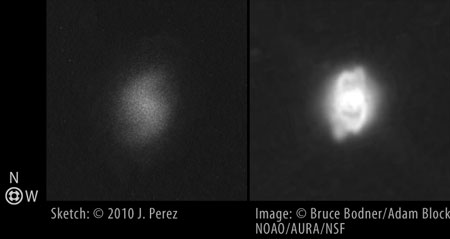