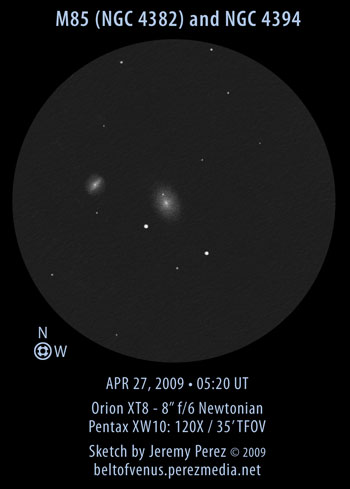 A cursory look at the DSS image shows M85’s outer profile to be aligned almost exactly north-south. However, examining this and other images further suggests that the brighter, inner portion of the galaxy is elongated to the northeast as I noticed in this observation. 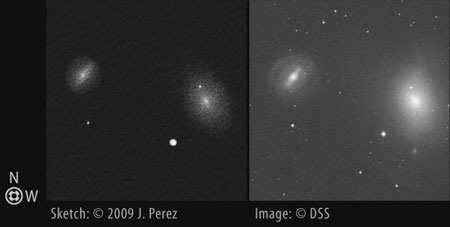 Galaxy M85 is about 125,000 light years in diameter and 60 million light years away. Although originally classified as a lenticular S0 galaxy, deep exposures show indications of spiral structure. Apparently, the foreground star northeast of the core has repeatedly been mistaken for a supernova. M85 is paired with barred spiral NGC 4394 about 8 arc minutes to the east. Both galaxies are receding at 700 m/sec which suggests that they are physically paired.